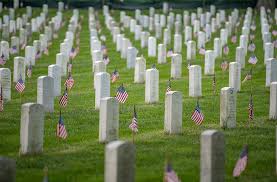 “No, you don’t” Spencer agreed. “Here it is in a nutshell: On the one hand, you’re lucky to be alive because you were up against one of the deadliest and most feared snipers in Afghanistan. He had more than eighty unconfirmed kills, unconfirmed because he operated alone. On the other hand, Deputy, you must be one helluva sniper because you prevailed. I know it might sound a bit macabre, but you should be proud.”

Ro’s face scrunched into an expression of disbelief, “Wow!”

“Deputy, I was a cop once, before I went to work for the government. Just a street cop, though, I never quite got to be SWAT or a DM, but I’d like to think of us as colleagues in arms.”

Ro had strong feelings along those same lines; to her way of thinking all cops chose to put themselves in harm’s way to protect their citizens and therefore deserved her respect and support. She leaned forward and stretched her hand across the table as a gesture of agreement.

When they were seated again, Spencer continued, “Airman Wade Meese was part of a special operations group. For two-and-a-half years he operated alone in some of the world’s most forbidding mountain terrain in and around Afghanistan, specifically where is still classified.

“Not to put too fine a point on it, his job was to interdict the flow of illegal drugs that helped finance the Taliban. In other words, he took down lots of drug smugglers,” Spencer said, then paused, “Do you know what Skassa means?”

“We thought it must be some kind of sniper’s handle.”

“In a sense, it was. In Pashtu, it means ‘ghost’ or ‘spectre.’ It’s what the smugglers called him because they never knew when or where he would strike from on the mountain trails. It was both an expression of their fear and respect.”

“That explains a lot,” Ro said. “I think I’m beginning to understand.”

Spencer nodded, “The truth is, Wade Meese didn’t know how to live in peace, in a quite literal sense; that’s what the reference to the Wallenda quote he left behind was about. We train them to be expert killers, we hook them on the opiate of war, then wonder why they can’t make the adjustment when they get home.”

“I had kind of wondered about that,” Ro said. “I feel like Airman Meese was a tragic figure.”

“He was that… But there’s a bit more to the story, which is what motivated me to come see you.”

“Airman Meese’s computer eventually found its way to my office. Deputy, it’s my job to take a special interest in cases like his. When we drilled down into the back-up of his Internet use, we found several dozen files concerning you, your shooting championships, your exploits as a deputy, being on the Joint SWAT Unit as its first DM.”

When she’d been on the firing line, so to speak, with the shooter, a small part of Ro had flirted with the idea Meese had set things up specifically to face her but had dismissed the idea as way to egotistic. Spencer was saying her instincts had been right all along.

“Deputy, I don’t want you to ever think of yourself as Wade Meese’s executioner,” – the funny part was Ro had, indeed, agonized about that – “quite the opposite, in fact. Whether you know it or not, you did Wade Meese a favor by giving him the soldier’s death he very much wanted. And you did the rest of us a favor because quite possibly he someday might have gone even further off the deep end and…uh…have taken more victims with him.”

Spender continued, “We buried Airman Meese’s body in a national cemetery near Chicago with full military honors, but we’d already ‘buried’ Skassa in a crypt of government secrecy long before that. At least someone besides me now knows his true identity, someone who can appreciate and maybe respect it.”

Ro nodded, “I do…” But then paused and looked askance at Spencer; she’d had an insight, “Ms. Spencer, you think that Wallenda quote was a message specifically for me, don ‘t you?”

“Yes, I do. Wade Meese, in his final battle wanted to face an equal, I think he found one.”

They were silent for a moment, then Ro rose and stepped over to a side table where she’d seen some legal pads and pens, she scratched something on one of the pads, tore off the top page and, returning, handed it to Cora Spencer; it was her e-mail address.

“If you can send me the location of where Airman Meese is buried, I think I would like to make a visit,” she said.

Spencer had to bite her lip and blink several times, almost losing her cool bureaucratic demeanor. Taking in a breath, she said, “Deputy, I believe Airman Meese would finally rest in peace if you were to do that. Thank you.”

Ro resolved that the first off day she had after receiving the info from Spencer she would drive up to the grave site and pay her respects; there would be no side trip into the city to visit Atti or Tag, this was just between Skassa and her.

From the Ro Delahanty novel Twists and Turns © 2019 Dave Lager